The UC Davis Department of Chemical Engineering celebrates the careers of Professors Marjorie Longo and Ronald Phillips and Distinguished Professor Robert Powell, who all retired this summer. In over 90 combined years at UC Davis, they made an indelible impact on their fields, on the college and the university, and on the many students they taught and mentored. Their careers are remembered below: 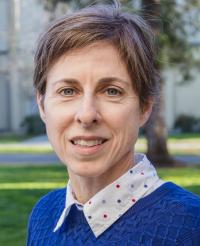 Longo’s research bridged chemical engineering, biology and biophysics and used quantitative microscopy to study the structure, transport, thermodynamics and mechanics of biological membranes. The synthetic lipid bilayer membrane and monolayer systems she looked at serve both as models of real biological membranes, as well as tools in their own right as drug delivery devices, among other applications.

Longo joined UC Davis in 1996, at a time when few chemical engineering faculty were studying biological membranes. Her open-minded colleagues and students still welcomed her and allowed her to make a career out of research that fascinated her, her students and her collaborators.

“I kept the lab focused on biological membrane research and encouraged students to always be thinking forward to the publication of their work,” she said. “Students who performed research in the Longo laboratory have told me how valuable the experience in my lab was for them in their careers and lives. I've got an office drawer full of wonderful letters from former students that I will always treasure.”

She is an NSF CAREER Award recipient and a former UC Davis Chancellor’s Fellow, she received the College of Engineering’s Outstanding Mid-Career Faculty Research Award in 2009 and was the 2015 Nationally-Elected Membrane Structure and Function Subgroup Chair for the Biophysical Society.

Longo is an avid golfer, soccer player, runner and skier, so she has been able to spend more time with each since retirement, and she serves as secretary of the Wildhorse Golf Club in Davis. She and her husband also have plans to travel to Hawaii and spend time visiting family in California and the U.K. 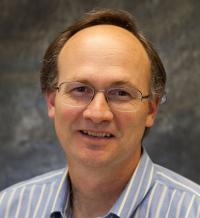 Phillips graduated with a B.S. in chemical engineering at UC Davis and won the College of Engineering Medal (now known as the Ghausi Medal), which recognized his academic excellence. After receiving his Ph.D. at the Massachusetts Institute of Technology, he returned to his alma mater as a faculty member, where he spent the rest of his career.

Phillips became an expert in transport processes, and he and his group used fundamental and theoretical approaches to study these processes in small particles suspended in polymer solutions and gels. They also studied the theoretical deformation and flow of particulate suspensions such as concrete, solder paste for circuit boards, printer ink and food products, as well as diffusion in polymer gels and fluid flow in plants. His multidisciplinary work overlapped with colloid science, fluid mechanics and biochemical engineering.

He won the Walters Prize for outstanding publication in the Journal of Non-Newtonian Fluid Mechanics in 2016 and an NSF CAREER Award in 1995. 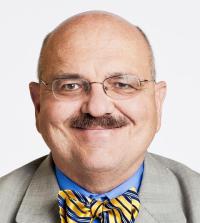 Since joining UC Davis in 1984, Powell has been a leader in the department, on campus and in the UC system.

He chaired the UC Davis Academic Senate from 2008-2011 and was chair and led the then-Department of Chemical Engineering and Materials Science from 2002-2011, recruiting 17 new faculty members. Prior to that he had been Faculty Assistant to the Provost and Faculty Director of the UC Davis Washington Center Program. Off campus, he was panel manager for the USDA Nanoscale Science in Food and Agriculture Program, Program Director for the National Science Foundation, Science Advisor to the Secretary of the California Natural Resources Agency and vice chair and chair of the UC-wide Academic Senate from 2011-12 and 2012-13, respectively.

Powell’s research focused on rheology—the study of flow—and suspension dynamics for non-Newtonian fluids, biological fluids, and slurries and emulsions like ketchup and shampoo. He also looked at the suspension of spherical or rod-like particles in fluids, and pioneered the use of magnetic resonance imaging in industrial fields to study the flow and microstructure of these fluids. His dual appointment in chemical engineering and food science and technology allowed him to perform cross-disciplinary research with collaborators in several fields.

He’s thankful to have had such a long and fruitful career in the welcoming environment at UC Davis and  He says working with his colleagues and students has always been his favorite part, as he found the enthusiasm for among faculty to collaborate to be a defining feature of the campus.

“For decades, we have had a stimulating and supportive environment in which faculty were motivated to pursue their scholarly activities and socialize; in which students came to learn and be mentored; and, in which staff would work because they wanted to be in our department,” he said.

He is a fellow of the American Physical Society and the American Institute of Chemical Engineers (AIChE) and received the 2020 Oliver Johnson Award for his distinguished leadership in the UC-wide Academic Senate.

Since retirement, Powell has stayed as busy as ever. He has continued his work with the national labs, he does consulting, mentors faculty on campus and is planning to offer an independent study course on science, technology and national security in winter and spring quarters.