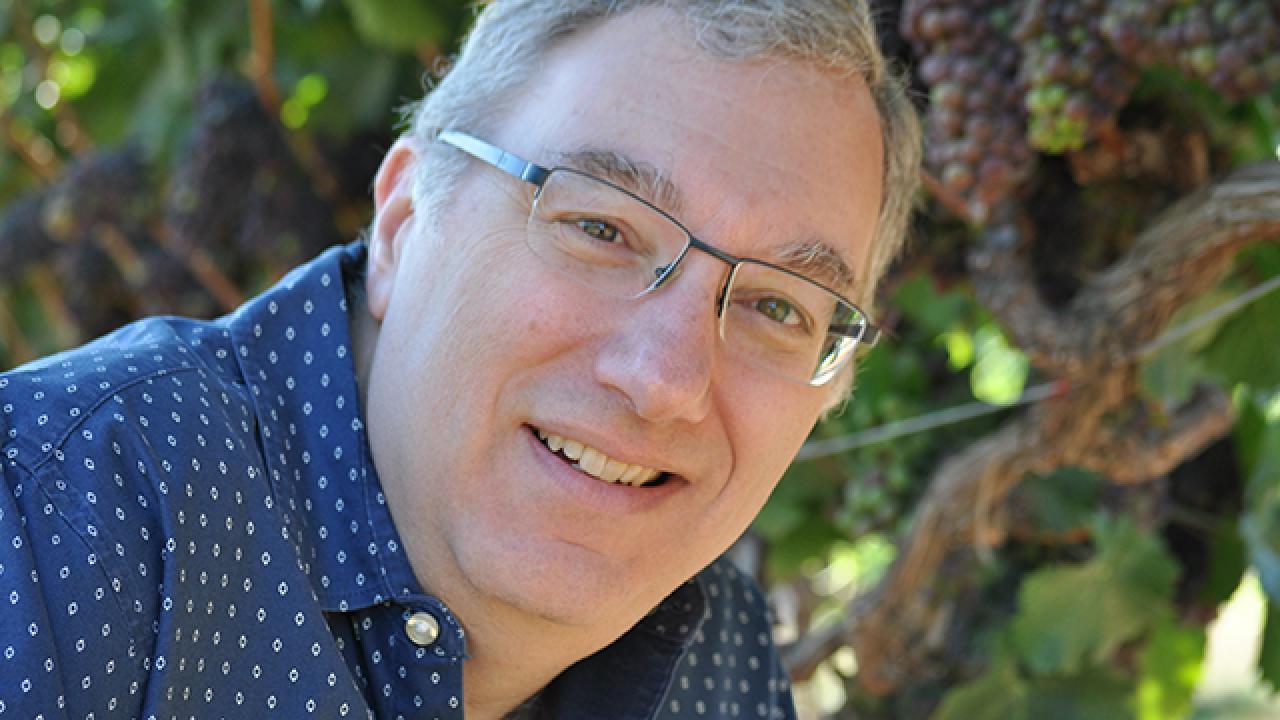 By John Stumbos, originally posted by the UC Davis College of Agricultural and Environmental Sciences.

Professor David Block been elected a Fellow of the American Institute of Chemical Engineers (AIChE). The honor affirms the high esteem with which his colleagues and peers view his distinctive professional achievements and accomplishments.

“It has been important to me in my career to stay connected to the chemical engineering community, even as I focus most of my efforts on viticulture and enology, not a common focus among others in my discipline,” Block said. “It is, therefore, especially satisfying to be recognized by peers in chemical engineering for my research and teaching, as well as my extensive service to this professional society.”

Block worked in the biopharmaceutical industry for five years before joining the UC Davis faculty in 1996. Today he holds joint appointments in viticulture and enology and in chemical engineering.

Early on, he established a research program in the areas of yeast physiology and modeling, fermentation optimization and wine processing. Other research interests have included improved biofuel and recombinant protein production, and catalytic conversion of agricultural waste streams into fuels and value-added chemicals.

Block’s most current research includes genome-scale mathematical modeling of commercial wine yeasts for strain improvement, elucidating mechanisms for phenolic extraction in red wine fermentations and single-vine-resolution irrigation. He also recently initiated research in the area of cultivated meat production and is leading a campus-wide consortium in this area.

Block is responsible for numerous patents, has authored dozens of publications and has mentored 16 Ph.D. students and more than 30 master’s students in chemical engineering, food science and viticulture and enology.

In 2011, he was appointed to the Ernest Gallo Endowed Chair in Viticulture and Enology and named the Marvin Sands Department Chair. Block has overseen hiring half the current department faculty, took the lead in designing UC Davis’ renowned LEED Platinum sustainable winery and now manages it along with several vineyards in Davis and Oakville, and runs an extensive extension program that brings critical information to the California wine and grape industries.

Block is noted for his teaching abilities and was awarded the UC Davis Distinguished Teaching Award in 2008—the highest teaching award offered by the Academic Senate. He created a course in biopharmaceutical facility design in the Department of Chemical Engineering and three courses in the Department of Viticulture and Enology, including courses on winery equipment and winery design, post-fermentation processing and regulatory issues in the wine industry.

A very active member of AIChE since 1986, Block has held many leadership positions, including being chair of the Food, Pharmaceutical, and Bioengineering Division, one of the largest divisions in the organization. More recently, he organized two conferences on Food Innovation and Engineering (FOODIE) for AIChE, including the inaugural conference in 2018, with the goal of expanding and highlighting the role of chemical engineers in the food and beverage industries.