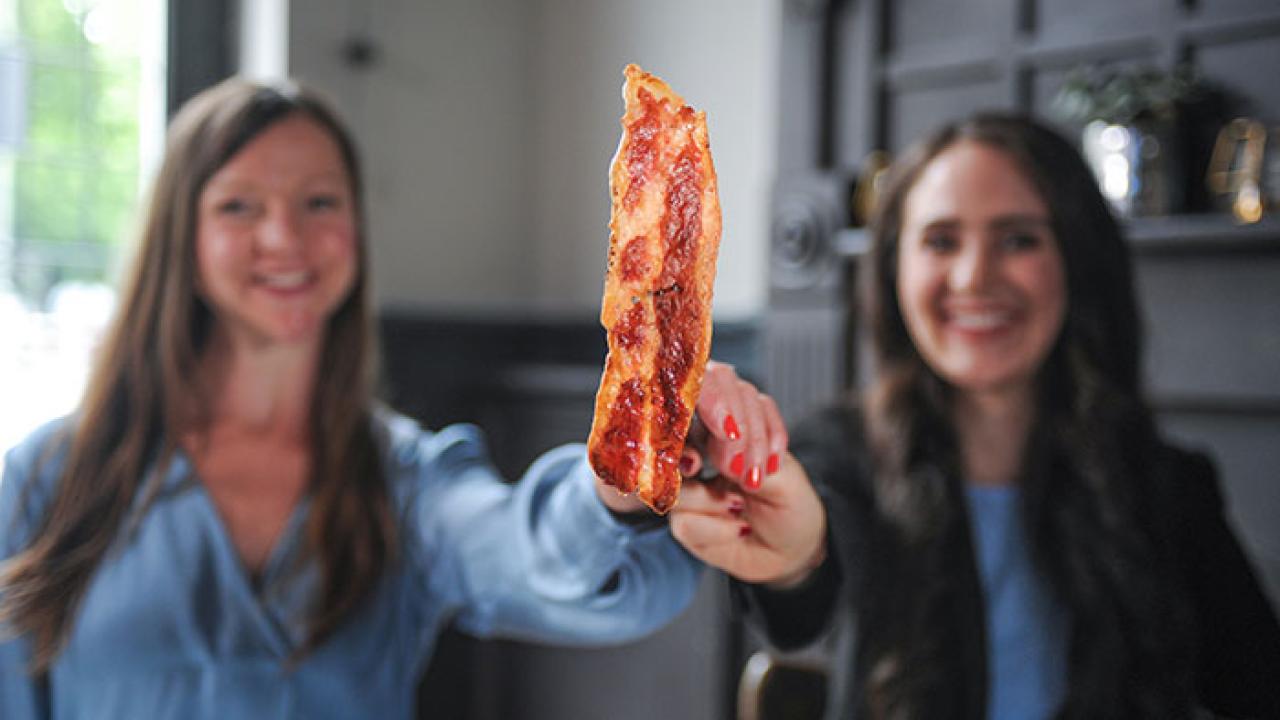 Is Cultivated Meat a Viable Prospect to Feed the World?

Alternatives to meat have recently become a hot area in food research, with major fast-food brands marketing burgers made from plant proteins that attempt to reproduce the texture and flavor of ground beef patties. But beyond these “impossible” products is another prospect: actual flesh grown under lab conditions instead of being harvested from an animal or fish.

Some see this “cultivated meat” as promising lower environmental impacts or a way to enjoy meat without the need to slaughter and process animals. In any case, it’s set off an investment boom in recent years as startups vie for the technology that could win an entire new food sector.

But is lab-grown meat really a viable prospect, or is it more sizzle than steak? Could it really make a dent in animal agriculture, or could it supplement traditional production? And how do the environmental impacts really stack up?

“The societal need is to provide dietary protein for a growing population,” said David Block, professor and chair of the UC Davis Department of Viticulture and Enology and professor in the Department of Chemical Engineering. “If the current food system can’t expand, we have to come up with alternatives.”

Block leads a UC Davis team that was awarded a National Science Foundation grant in September 2020 to study cultivated meat. The grant grew out of the UC Davis Cultivated Meat Consortium, established in 2019 under the Biotechnology Program. With support from two nonprofits, the Good Food Institute and New Harvest, the consortium aims to meet needs of the new industry for research and growing interest from graduate students.

“I hope we can do for the cultivated meat industry what the Department of Viticulture and Enology has been able to do for the California wine industry,” Block said.

“If the current food system can’t expand, we have to come up with alternatives.”

People have been using fermentation to make food products as long as they have been making beer and wine — thousands and thousands of years. We use bacterial and fungal cultures to make products such as yogurt, vinegar and sauerkraut.

In the past few decades, the biotechnology industry has developed ways to use cultures of bacteria, animal or plant cells to make drugs and vaccines. The basic concept of cultivated meat is to take the animal cell technology from the biotech sector and convert it into a food-type process.

There are some important differences between the two, Block said. Food industry fermentation runs at much larger scales than biotech — hundreds of thousands of liters compared to tens of thousands. Food industry processes use cheap raw materials and sell products for dollars a pound. Biotech cell culture uses expensive, highly complex ingredients to keep sensitive cell cultures alive and make products that can sell for thousands of dollars an ounce.

Developing the technology, including new, inexpensive culture media, to bridge that gap is among the goals of the NSF grant to UC Davis. Other goals are to establish and evaluate cell lines that could be used to grow meat; find ways to create structure in cultured meat, for example producing something more like steak than hamburger; and carry out a full technoeconomic analysis and life cycle analysis of cultivated meat. Researchers will also look at how growth conditions affect the sensory qualities and nutritional value of cultivated meat.

Ruminant animals such as cows and sheep already have an on-board fermentation system — the rumen — where bacteria convert plants into material the animal can digest and turn into meat and milk, said Alison Van Eenennaam, cooperative extension specialist in the Department of Animal Science.

Speaking at a virtual meeting of the Beef Improvement Federation in 2020, Van Eenennaam cited a life cycle analysis showing that cattle and sheep use a relatively large amount of land and have a large carbon footprint compared to other sources of dietary protein, such as poultry or pork, beans and pulses, or cultivated meat — although the latter is based on estimates as the industry is currently very small.

On the other hand, ruminant animals such as sheep and cattle can make use of food sources that humans can’t eat and can forage on land unsuitable for other forms of agriculture. Rangelands can also sequester carbon from the atmosphere.

The same analysis estimated that cultivated meat would have higher energy use than other forms of protein production, Van Eenennaam said.

“Essentially you’re replacing a biological system, the body of a cow, with industrial electricity,” she said.

The technological issues are challenging, and the full environmental impacts of cultivated meat, once all the life cycle costs of raw materials, water and energy use are taken into account, are yet to be worked out.

One future Block sees is cultivated meat facilities co-located with traditional livestock production — a fermentation plant at a feedlot, for example. The two might make use of the same plant-based feedstocks and have efficiencies in space, energy and water use.

“Will this be a viable alternative to traditional animal agriculture? That’s what we want to know,” Block said.

A Fluid Solution to Dendrite Growth in Batteries